Check out Broken Nights, a horror film shot entirely on the Nikon D800.

Official Website – trailer, plus lots of behind the scenes videos. 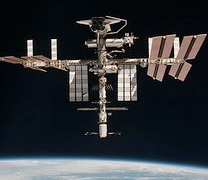 By Sebastian Anthony on May 9, 2013 at 9:21 am
original posting at extremetech.com

The United Space Alliance, which manages the computers aboard the International Space Station in association with NASA, has announced that the Windows XP computers aboard the ISS have been switched to Linux. “We migrated key functions from Windows to Linux because we needed an operating system that was stable and reliable.”

In specific, the “dozens of laptops” will make the change to Debian 6. These laptops will join many other systems aboard the ISS that already run various flavors of Linux, such as RedHat and Scientific Linux. As far as we know, after this transition, there won’t be a single computer aboard the ISS that runs Windows. Beyond stability and reliability, Keith Chuvala of the United Space Alliance says they wanted an operating system that “would give us in-house control. So if we needed to patch, adjust or adapt, we could.” It’s worth noting that the ISS laptops used to run Windows XP, and we know they’ve been infected by at least one virus in their lifetime: in 2008, a Russian cosmonaut brought a laptop aboard with the W32.Gammima.AG worm, which quickly spread to the other laptops on board. Switching to Linux will essentially immunize the ISS against future infections.

The laptops that were upgraded belong to the station’s OpsLAN. The crew use the OpsLAN to perform day-to-day activities, such as viewing stock inventory, controlling scientific experiments, or checking their current location. Presumably the laptops used to run bespoke Win32 apps on Windows XP, and now those apps have been re-written to work on Linux — hopefully they’re not being emulated in WINE. To get the astronauts and cosmonauts up to speed, they will be trained by the Linux Foundation.

To be honest, we shouldn’t be too surprised at the ditching of Windows. Linux is the scientific community’s operating system of choice. CERN’s Large Hadron Collider is controlled by Linux. NASA and SpaceX ground stations use Linux. DNA-sequencing lab technicians use Linux. Really, for applications that require absolute stability, which most scientific experiments are, Linux is the obvious choice. The fact that the entire OS is open source and can be easily customized for each experiment is obviously a very big draw, too.

In other news, the first humanoid robot in space, Robonaut 2, which also runs Linux, is due for an upgrade soon. Robonaut 2 (pictured above) was delivered on Space Shuttle Discovery’s final mission in 2011, and at the moment it’s just a torso with two arms — but later in 2013, some climbing legs and a battery pack should be delivered. The ultimate goal is to see whether humans and robots can operate peacefully in zero gravity, with Robonaut eventually performing menial tasks (vacuuming, changing filters), and possibly dangerous tasks during space walks, too.