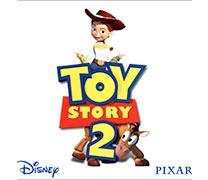 Here is a great story that I had not heard until now. Back in 1998, while working on Toy Story 2, Pixar accidentally deleted a huge chunk of the files with the Unix command rm -r-f *. On top of that, their backup solution failed. Oopsie.

The whole story, “How Pixar’s Toy Story 2 was deleted twice, once by technology and again for its own good”, is over at The Next Web. Written by Matthew Panzarino, it’s a really great geek read. It is also a great study in how best to handle a crisis situation. Good culture, good company.

And there is a Pixar animation about the whole affair over on YouTube.

By Matthew Panzarino on 21 May ’12
How Pixar’s Toy Story 2 was deleted twice, once by technology and again for its own good

“That’s when we first noticed it, with Woody.”
“[Larry Cutler] was in that directory and happened to be talking about installing a fix to Woody or Woody’s hat. He looked at the directory and it had like 40 files, and he looked again and it had four files.”
“Then we saw sequences start to vanish as well and we were like, “Oh my god”
“I grabbed the phone…unplug the machine!””
That’s Oren Jacob, former Chief Technical Officer of Pixar—then an associate technical director for Toy Story 2—recounting the moment they discovered that the movie was being deleted off of the company’s servers after an erroneous command was executed, erasing two months and hundreds of man-hours worth of work.
You might have heard something about this lately, as a clip from the special features of the movie has been making the rounds after being posted on Tested. It’s narrated by Jacob himself, and the movie’s Supervising Technical Director Galyn Susman.

Toy Story 2 gets trashed again
After the deletion and restoration of Toy Story 2, the team was likely hoping for an uneventful path to release, but it was not to be.
In the Christmas of ’98, after the release of A Bug’s Life and the promotional tour was done, John Lasseter, Andrew Stanton, Pete Docter and legendary story man Joe Ranft all came to the production team to take a look at Toy Story 2.
It was not a good film. They dedicated the winter vacation to re-writing the project almost entirely from the ground up. Production shut down on December 15th and came back after New Year’s in January, when the story team re-pitched the movie.
Lasseter and Lee Unkrich ended up co-directing the film along with Ash Brannon as it was seen in the theaters.
Among the things that stayed? The main characters, of course. Buzz, Woody, Hamm, Potato Head, Rexx. Andy’s room stayed. The Al’s Toy Barn sequence stayed. That’s it, nearly everything else you see in the film as it is new.

Jacob explains what was added, including the entire character and animation for Buster the dog:
Effectively all animation was tossed. Effectively, all layout was tossed. So all camera work would start from scratch. Lighting was in the film a little bit, but that was tossed as well. We had to build new characters.
So at that point, Buster showed up at that point. And that character went from being out to being in the screenplay to in the final screen in nine months.
That’s a fully animated quadriped…On the fly. And most of the humans in the film and show. All the background extras in the airport at the end”
They were all built and assembled then. And all the effects work was added to the film. The opening of the film, which is Buzz, Buzz playing with the robots, which I spent a lot of my time working on, where Buzz blows up a quarter-million robots with that crystal…that explosion. That was all added in that pitch as well. It started from ground zero in January.
So the story, effectively. And the film. And that was probably one of the biggest tests of what Pixar was as a company and a culture we ever went through.
The big deal about re-building the movie? It had a hard-set release date of November 22, 1999. That date was set in stone. A big-budget movie like Toy Story 2 has countless marketing tie-ins, promotional efforts and more that had to be timed perfectly with the release of the movie.
Moving the release date of the movie within a year is insanely difficult. Moving it within 6 months is impossible. This meant that the team had to re-make Toy Story 2 in 9 months. All because they wanted to make the best thing they could possibly make.
Disney didn’t believe that they could do it. But they did it anyway.
“At that point, you’ve still got to go, “How far are we going to take this?” Right?,” Jacob adds. “I mean, that’s balls to the wall.”
“January to September ’99 was an unbelievable Herculean effort to pull that show off from ground up again. That was one of the defining cornerstones to what Pixar as a corporate culture meant to itself inside. And what it could produce was that. Just because of that.”
Pulling a hundred-hour week now and then is tough enough on morale and physical well-being. But to do it for 9 months in a row, that was beyond the call of duty.
Pixar was also an independent and publicly traded company at that point in time. To blow a film like Toy Story 2, not release it on time, would have decimated the studio’s credibility, and detonated the Disney movie economy.
“Save Buzz and Woody. Save the franchise. Save the movie. Save the company. It was an all-in bet.”
Toy Story 2 was indeed finished and released on time. It grossed nearly $500M worldwide, was nominated for an Academy Award and cemented Pixar’s reputation as the studio that wouldn’t compromise.
Lessons learned
In closing, Jacob told me that the most important thing that he took away from it was the sense of camaraderie from the crew at Pixar at the time.
“I’d never really experienced that before, at that level, because it was such a loss that you didn’t need to have a meeting to explain how bad it was. People just knew. And both in the company but also in families and friends around us, and in the people in Point Richmond too. Maybe we got it back as good as we did, as close as we did, because of that. That’s a very emotional thing to say. It’s not technical.”
The thing that I take away about these experiences is that the spontaneity of the communal support speaks to the culture of Pixar the rest of the time. That kind of thing just doesn’t happen all of a sudden. You can’t have a disaster and instantly develop this kind of community and camaraderie.
It has to seep out. It has to be in the soil. You don’t just plant it and watch it grow in a day. It has to be cultivated over time, as it obviously was at Pixar.
Jacob agrees, citing the focus needed to restore the film. “To be there and not blink for 60 hours straight, while staying sharp, is effectively impossible. But suddenly you find food. You find a blanket, you find someone’s throwing you into a shower and taking you back out again. You’re like, “How’d that happen?!””
“It just worked out that way, without thinking about it. The lasting memory of the experience is the friendships that were formed through that. That journey together through that was one of the community binding together.”
“I’ll never forget ever being a part of Toy Story two. I was very lucky,” says Jacob. “I had that chance to work on a level of impact that helped keep Buzz and Woody, and “Toy Story” and the franchise, and Pixar all be a thing we talk about today.”

So, I just finished up a semester of Java at NYU as part of their SCPS Java Certificate program. Taught by Sam Sultan, it was an amazing class. In fact, it was probably the best programming class that I have ever taken. I walked away after the ten weeks with a much deeper understanding of object oriented concepts. I recommend this class regardless of whether you want to study Java or not. It will give you a leg up with learning other languages.

Microsoft is really pushing their new Surface tablet and touchscreen OS. I have been seeing constant ads on Hulu+ (I don’t have cable tv – Cut the Cord, Baby!!!), subway posters, and now they even have a kiosk set up in the Columbus Circle/Time Warner Building mall. There were eight employees running the small booth, I guess in preparation for a huge onslaught of curious passers-by.

In all fairness, though, I did take a spin through the Surface and it is actually really, really cool. I liked the execution of the keyboard but not the texture of it. It had a toothy, rubbery feel to it. Microsoft needs to come up with a better solution for the keyboard surface itself. Very cool idea though. Did Ballmer finally get something right???